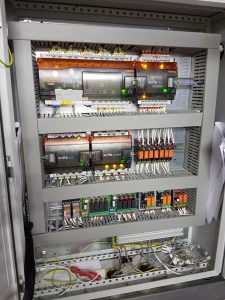 Hurtwood surveyed the Building Management System (BMS) at Cabot Primary for Bristol City Council in 2018. Our survey found an obsolete and poorly installed Trend IQ3 BMS.  Our benchmarking found considerable energy wastage, the result of the poor installation. To rectify the numerous installation issues, Hurtwood installed a new Tridium based BMS.  Tridium is one of the most powerful and cost effective systems on the market. Hurtwood installed the new BMS for a cost that allowed the school to fund the work through a Salix loan organised by Bristol City Council.

During the installation process, we resolved many of the installation issues. For example, we brought under presence detection control a ventilation unit that had been running continuously since 2006. As a result, the ventilation unit was costing the school £3,000 per year in wasted electricity. In addition, our controls now modulate the boiler output, saving energy and extending the life of the boilers. As a result, the school will have to spend less on the replacement of plant.

Hurtwood’s new BMS has a much more effective web based graphical interface giving the school business manager far more control over the heating and the internal environment. Our new interface, combined with far better control of the heating, has cut the school’s gas use significantly.

Hurtwood are one of the foremost experts on building management system strategy, helping clients to navigate through the complexities of refurbishing often obsolete BMS.